Any news of upcoming events featuring the Land of the Giants cast will appear here. Giants Log tries to support as many of these events as we can. If you are organising an event and would like some Land of the Giants material from us alongside your Giants guests, let us know and we will be glad to assist.

New events featuring the Land of the Giants Cast

Deanna Lund will be attending the Los Angeles Comic Book and Science Fiction Convention on Sunday 20th August 2017 at The Reef, 1933 South Broadway, Los Angeles, Ca 90007. Deanna is appearing as part of a Batman themed reunion of Batman hencewomen.

Deanna Lund, Lee Meriwether, and David Hedison (Saturday 29th only) will be attended the Hollywood Show at The Westin Los Angeles Airport Hotel (5400 West Century Blvd., Los Angeles, CA 90045, USA) over the weekend of 28-30 April 2017. Other Irwin Allen related guests included Barbara Bouchet (guest on Voyage to the Bottom of the Sea), Sandra Lee Gimpel (Bill Mumy's stunt double in Lost in Space), Sherry Jackson (guest on Lost in Space and child star in Where Danger Lives), and Tom Reese (guest on Land of the Giants).

Stefan Arngrim, star of Land of the Giants, attended Amazicon 5 in Delaware over the weekend of 7-9 April 2017.

Deanna Lund returned to Virginia on 1st October 2016 to help celebrate the 40th Anniversary of RoVaCon 1, the first media event held in Southwestern and Western Virginia. The Virginia Media Event Reunion will be held Saturday October 1 at Holiday Inn, 3315 Ordway Drive Roanoke, VA near the airport. There will be a full day of activities with media guests, speakers, panels, films, memorabilia sales tables and a banquet with a program.

LAND OF THE GIANTS AT CAMPBELL CON

Land of the Giants stars Deanna Lund, Gary Conway and Don Marshall are scheduled to attend the 29th October 2016 Campbell Con at the Campbell Community Center in Campbell, CA. 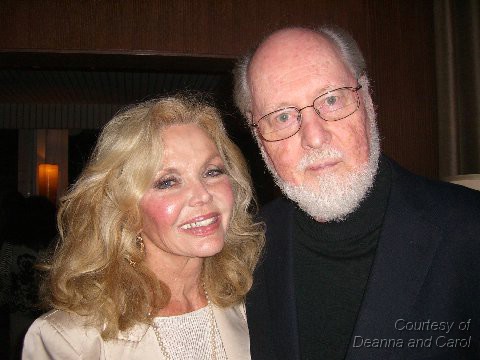 Deanna Lund recently met up with composer John Williams at a party for the new movie Lincoln for which John has composed the music. Nearly half a century ago, John Williams composed themes for several Irwin Allen productions including Land of the Giants. Deanna and Carol have kindly sent this beautiful photograph for us to share with you.

Deanna Lund and Lee Meriwether are scheduled to be guests at the New Jersey Comic Expo on 12-13 November 2011.

Stefan Arngrim attended the 16-17 July 2011 Hollywood Show alongside the cast of The Poseidon Adventure and several Irwin Allen guest stars.

Deanna Lund very kindly sent us this lovely photograph of the Land of the Giants cast at the first day of the October 2010 Hollywood Show. 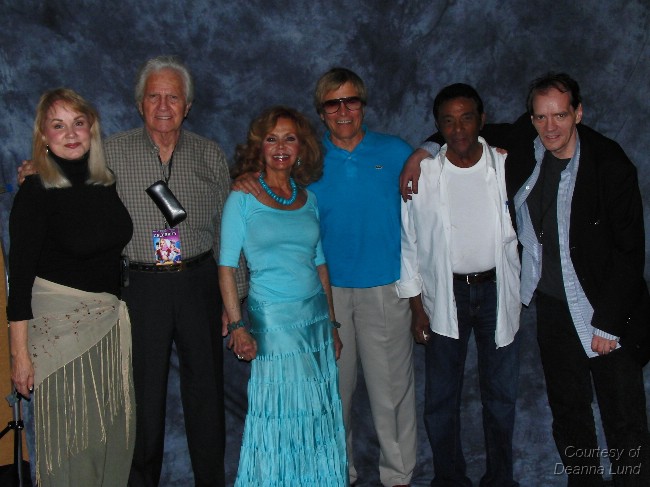 Deanna Lund was the guest artist for two schools while back in Virginia in September 2010. Both the Center for the Performing Arts and the William Byrd Players are under Roanoke County Schools and directed by Carol Webster. She conducted workshops having students run through exercises, script readings and taking time to give individual attention to 100 young people. 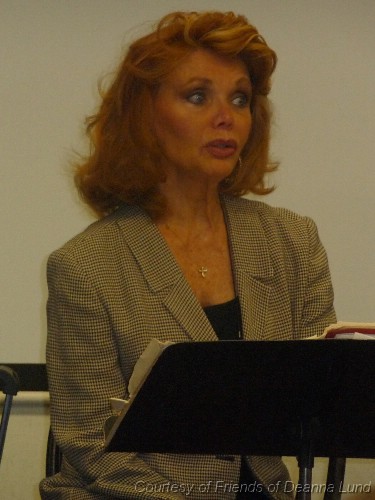 Land of the Giants at Chiller Theatre Expo